Let me explain a little about my products for audio. In fact they were not connected with the sound path, they were designed to control and monitor tape machines.


I had three products. One was very basic and simply attached to the side of a ¼ inch tape recorder, popular at the time with journalists preparing a piece for radio. 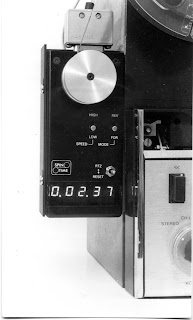 The most commonly used machine had a totally useless counter which was driven by one of the two spools of tape so the displayed numbers had no meaning in time. And that was most important where an item on radio had to be very precise. The product was called the Spin-Time and that is exactly what it was. The tape was wrapped around a wheel and the display on the Spin-Time showed real time, at play speed and also when winding back at speed. I sold several hundred of these. I seem to remember material being measured in a shop in the same way by pulling it across a pulley but I got the idea independently of that because I saw the need and filled it.


My second product had an interesting background. The CM50 Autolocator also filled a need (and later, it was called a MIDI-Locator because MIDI was a common language for controlling tape machines as well as being the language to describe music). The photo shows, below, the original CM50 and, above, the later MIDI Locator. Many studios and artists were very attached to the 2 inch multitrack machines which were first designed in the 70s and they could not bear to part with them when later machines came along with digital recording. They liked the analogue sound. 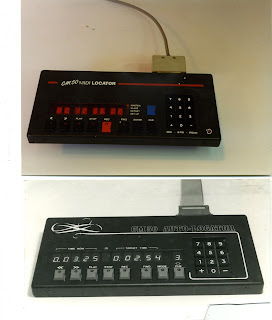 There were one or two specialist companies which refurbished these machines rather like refurbishing an old 747 jumbo jet but what they all lacked was a real-time counter and a means to wind back to the beginning of a song for example. I designed such a product and it lived in a niche because no one else came close. And I sold it either to these companies or directly to the studios. The tape machines: Ampex MM1000, MM1200, 3M M79, MCI. These are all iconic names from the 70s and 80s. The CM50 adapted to each machine and provided a modern controller for what was basically a fairly antique (but much loved) tape machine. I sold over 500 CM50s. Later came the CM50 MIDI Locator which was able to read time-code which was a very precise way of locating a point in the music. 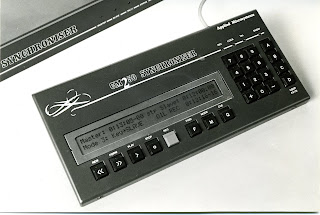 My third product, the CM250 Synchroniser was not a great success because the design simply was beyond what I was capable of technically and it never worked well. In fact it was a disaster to be honest – I had several very angry clients. And it virtually ruined my company. The point of the CM250 was to synchronise an audio tape machine with a video recorder using time-code. It did this firstly by winding the audio tape close to the video and then varying the speed up and down to get both machines exactly in sync, in other words, so that the speech as heard matched the picture. But I never mastered the subtle speed control necessary to keep the machines in step so, in the case of music, one could sometimes hear the pitch changing. But in many cases, this was not an important issue but I lost a lot of money with this product. However, it achieved success in China and Bangkok. I think five were sold in The Philippines but they had to conform to the America TV standard and that caused me huge headaches. On one occasion I visited the studio in Bangkok which was using the CM250 on my way back from Hong Kong, I think they had two. They were very happy with them; their delicate Thai fingers flying over the keys on the control unit which I have to confess were not very big.
Posted by Steve at 01:57